How to repair a dead motherboard step by step?


How to repair a dead motherboard? 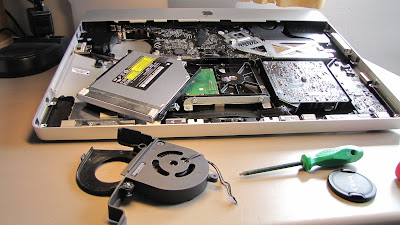 There are two types of problems that a motherboard generally has. The motherboard either goes dead or there is no display on the screen even after the power supply is present. Whatever may be the problem is, but there can be different reasons behind it.  Some of the commonly occurred problems which we frequently face are:

According to my experience, 60% of the problems occur due to dry solders, loose connection, carbon and moisture formed in the motherboard. 35% of the problems occur because of shorting and the rest 5% due to internal damage. But, I can’t guarantee the steps that I am going to list out here apply to every type of motherboard problem. This actually depends on the condition of the motherboard. As there can be many reasons for a single problem, like loose cable connection, burnt condition, shorting trouble, carbon and moisture formation, memory problem or IC/Chipset getting dry. A motherboard can also become dead, because of the shorting, leakage or an opening in any of the components. This can also lead to a blank or no display problem.
If you are unable to troubleshoot these kinds of problems through hardware or card level, then it becomes really important for you to adopt IC/Chip-level approach of resolving those problems. Working on-chip level requires thorough expertise of step by step booting sequence and supply sequence. At the same time, it also requires knowledge of a schematic diagram. Without having an in-depth understanding of the schematic diagram, you can’t become a chip level engineer. The schematic diagram consists of every single detail of the IC, its connectivity, interconnectivity, and structure. The major advantage of having the knowledge of sequence or schematic diagram is not only that you can troubleshoot the laptop and desktop problems, but also you can easily troubleshoot the problems of any electronic device. 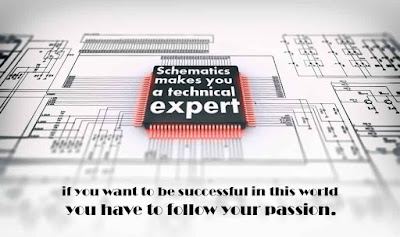 Step 2- Standby mode (ALW/PCU): SMPS is the one which is called S5 or Standby mode. Once you plug in the SMPS plug, two types of supply are generated. One with the intensity of 5 volt and second with the intensity of 3.3 volts. The board of a laptop has separate regulator circuits for both the supplies; on the other hand, the desktop board does not have this kind of circuit. The standby voltage of 5 volts is generated on pin number 9 of the SMPS and this 5 volt gets converted into 3.3 volts through the regulator. And this 3.3 volt supply directly goes to ICH/PCH and through I/O controller it reaches the positive pin of a power switch. If the positive pin of the power switch is not getting supply, then check thoroughly the components from pin number 9 of SMPS to I/O controller and from I/O controller to the positive leg of a power switch. If you find that all the components are ok, then change the I/O controller. Many times, it also happens that the machine is turned on from SMPS, but the display still is blank. In such scenarios, try to change the SMPS.

Step 3- Power ON mode: In this situation, pressing the power button turns on the motherboard, but even after pressing a button the system is not getting switched on. The supply is also getting generated on the positive leg of the power switch, then in this situation go ahead and try changing the SMPs. If the SMPS is ok, then there might be a problem that exists in the RTC crystal. Try either shorting or changing the RTC crystal, because shorting in RTC crystal is also one of the reasons behind the dead motherboard. If you are unable to fix the date and time, then also try to change the RTC crystal. As RTC crystal is actually responsible for fixing the system and date/time settings. If you are unable to switch on the system even after performing the above steps, then change the RAM. Check whether the processing is getting heated or not, if you find it ok, then check RST (3.3V) and clock (1.6/1.7V). If these supplies are up and running, then it means Hard-to-start complete.
Step 4- Hard-to-start: In this situation, the sufficient intensity of voltage is generated at the specified location of the motherboard; it simply means that supply, RST, and CLK are getting generated properly. If the RAM, CPU and ICH/PCH are ok, it directs you to hard start ok. Soft start (Logic) starts functioning only after the hard start process is completed.

Step 5- Soft-start:  Soft-start is getting loaded in the system BIOS (logic) and POST.
If all the components of the motherboard are receiving power but still it is not working, it means the components have not received the logic in a sequential manner. Unless the components receive the logic which is required for the components to operate smoothly, the motherboard will not function properly. The components of a motherboard actually gain the required power from BIOS and the once the components receive the power the PLT reset signal is transmitted by PCH/ICH. Post PLT reset activity; the processor receives the instructions from BIOS and then ultimately all the data for initialization are issued by the BIOS. This process is what is called a soft start.
 After reset, BIOS will read the device and the first instruction runs POST
 Post BIOS test completion, it switches to MBR of the hard disk

If your operating system is:
GUI= Windows will open
CUI= CMD will open 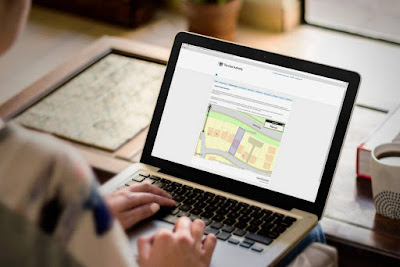 Thanks for visiting blogs

Popular posts from this blog 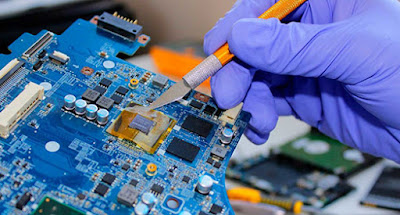 With the help of its best in class chip level, laptop and motherboard repair Dr. Lap Care; Pune is achieving great heights by providing practical courses in chip level repair. The best part of the entire journey of this institute is the level of self employment and independence it gives to its students. Practical approach and individual attention to the students of chip level repair courses have been the unique selling points of Dr. LapCare, Pune.
Before you think of joining any chip level repair institute to opt for the courses it offers, the first thing which comes to your mind is – “What will youget after you complete the course?” Dr. LapCare, Pune has got the answer to your question. We also want you to understand the importance of 100% job orientation we provide. You cannot achieve success in your career, if you do not have a passion to follow. Some of the important aspects for your reference are: Home makers are welcome to join us: T…
Read more 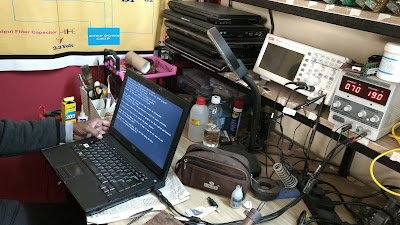 
Notebook motherboard boot process is divided into two steps-
1. Hard-to-start: Hardware is the correct power sequence. 2. Soft-start: soft-start is loading of system BIOS (logic) and POST. every component on a motherboard receives power but stills not working because it did not receive logic, it not receive the way it has to operate, the way it has to operate it can gain from a BIOS and after receiving power a PLT reset the signal is issued by PCH or by ICH and after issuing PLT reset, the processor gets instructions from BIOS and all initialization data will be the issued from the BIOS and this is called soft start.

If you really want to make the best out of basic or advance chip level repair, mobile or laptop repair training, then you will have to accept the truth that any type of effort which you put in order to complete any kind of chip level training is completed by the certification. Dr. LapCare technical Institute is not only known for provid…
Read more 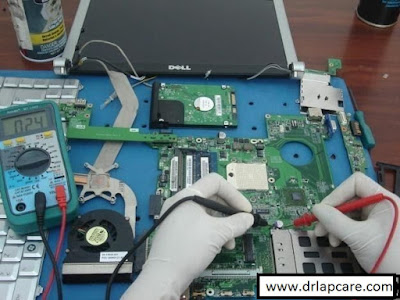 How many types of Power stage of laptop motherboard?


Power stages are available in the laptop motherboard: Mechanical off: only CMOS cell connected, when adaptor and battery not connected. RTC get input power from CMOS cell. Soft off/power off: before pressing the power button, adaptor, and the battery will be connected and its power supply will present inside. Standby mode (ALW): after pressing the power ON button, first standby voltage- will be ON inside motherboard. Power On mode power: when all powers on the notebook motherboard are present means running condition Hibernate mode: when the system goes to hibernate mode, all power will be completely off. When the power on the laptop is turned on, and the power resumes all open application and data because the data is stored on the hard disk instead of stored in RAM. Sleep mode: sleep mode is a power saving state, in which you can resume, full power to work again. The technical computer remains on but uses very little power. All current da…
Read more

Transforming Your Passion into Career 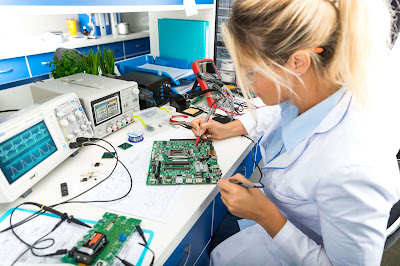 Transform Your Passion into a career with Dr. LapCare


The current market demand not only requires the skill sets to come up to its expectations but also it needs the technical workforce. One such promising career is taking its shape and growing rapidly day by day. Dr. LapCare, Pune is trying its level best in shaping the future of chip level repair engineers. We always believe not only in providing the best chip level repair training but at the same time also give our students the opportunity to become self-dependent. Dr. LapCare, Pune has been grooming the students in the field of chip level repair with the help of its following in-house capabilities:     Competitive Advantage: We understand the level of competition which the market is experiencing. Also, there is an equal competition which exists within the computer and laptop manufacturing industry. We do encourage our students to go with the passion which they have to succeed in the future by using practical training.